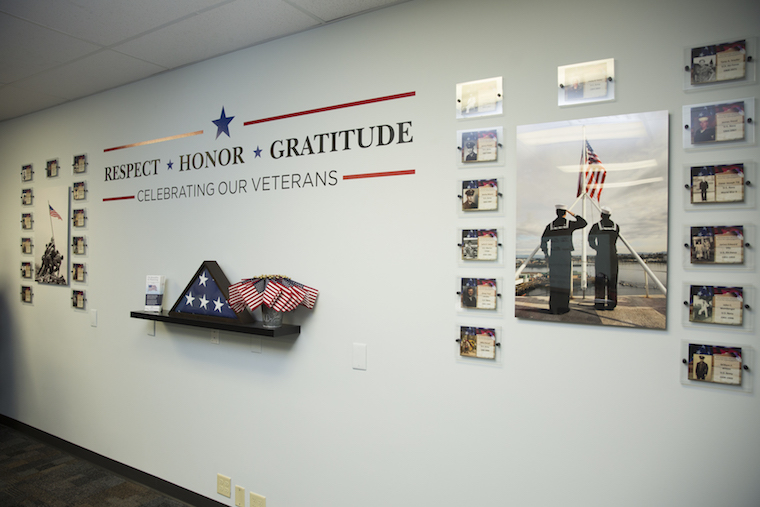 [av_textblock size=” font_color=” color=”]
Twenty-six veterans and one veteran’s widow were honored on November 29 at the dedication ceremony of the Edwards Group Veterans Wall. The wall was a collaborative effort between Attorney David Edwards and Benefits Coordinator Melissa Coulter, though David admits, “I thought it would be a great idea to do something like this, but Melissa took it far beyond what I imagined it to be!”

In total, 26 names were added to the wall. More names will be added in the future. Among those names are veterans from all major conflicts — World War II, Korea, Vietnam and even more recent conflicts. Guest speaker Mike Kessel, an Edward Jones advisor, served in Operation Desert Shield/Storm and later in Iraq.

Among those in attendance was Clarence Ade, a refueling operator for the 20th Air Force on Guam during World War II. “I fueled the Enola Gay that dropped the atomic bomb. We didn’t know that till later. That was kept quiet.”

To learn more about how to qualify for VA benefits to help offset the cost of aging, click here.