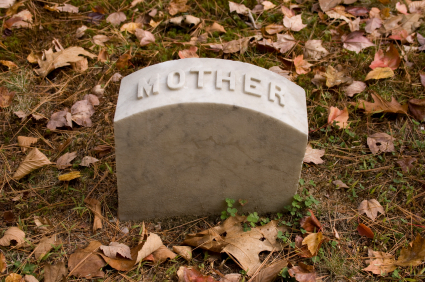 The Brock’s were just an average young family in the 1980’s. The father, Robert, had been to Vietnam and back a decade earlier. The mother, Margaret, stayed at home with their two young boys, James and Steven. The family lived in a modest ranch house in middle America. But one day their normal life unexpectedly came to an end when the complications of a routine surgery left Margaret in a coma. Her sons were only 8 and 6 at the time.

The Death of a Loved One is Never Normal

Without health insurance or life insurance, Robert faced a very difficult situation as his wife lay in a coma. Margaret didn’t have any written health directives. Only Robert knew that Margaret didn’t want to be kept alive through artificial measures. After less than a week, Robert made the agonizing decision to remove Margaret from life support. Margaret’s parents and sister disagreed with how quickly he made the decision, which made a tragic situation even worse.

Margaret’s parents continued to be a part of their grandsons’ lives. They tried to make peace with her husband’s decision. But Margaret’s sister never forgave Robert. Margaret’s sister also lumped James and Steven in with her anger towards Robert. Instead of being a link to their missing mother and helpful part of the grieving process, she severed the relationship. The boys had not only lost a mother. They had now lost an aunt, an uncle and their cousins as well. Potentially powerful relationships in the healing process were gone.

Having already made the most difficult decision of his life, Robert Brock continued to face the harsh reality of life after his wife’s death. The bills from his wife’s surgery, hospital stay, and death piled up. However, Robert couldn’t sell the house to relieve some of that burden. Without a will, part of the house now belonged to the two boys and could not be sold until the boys were of legal age. Robert was forced to take on extra accounting work at night for a local small business. The boys would go with him after school and be expected to occupy themselves while their father worked an extra 5 nights a week.

A Cautionary Tale: What They Wish Could Be Different

Following the example set by his father, the youngest son, James, never dwelt on what happened or what could have been. He simply continued on with life. Now an adult himself, sometimes James wishes his father had handled things differently. For example, his father never told the boys the exact date of their mother’s death. James is still unsure of the date two decades later. For the most part, though, Robert and his boys chose not to let this tragic event define them in a negative way.

There are also times when James misses having motherly advice, but what he misses the most are the stories that define a lifetime. The story of his birth, stories from childhood, and stories from his mother’s life — all of those died with his mother (and when his aunt walked out of their life). Other than a few photographs, he has nothing left of her. His father’s way of dealing with the overwhelming sadness of the situation was to get rid of everything and sweep it under the rug. While Robert may have thought this was best for him and his boys, it left a big hole in their life.

What Good Is a Plan During a Tragedy?

An estate plan cannot erase the grief for the family left behind when a loved one dies, but it can ease the transition and facilitate healing. Here are some tools that families can use to help make things easier during the devastating and sudden loss of a loved one:

The death of a spouse or parent is never easy, but there are many things that can make sudden and devastating events, like the one above, a little easier for those left to live life without a very special loved one.

If you’re ready to get started on creating an effective plan that will anticipate what might happen in the future, give us a call at 217-726-9200. We’ll be happy to help you schedule an Initial Meeting.